A friend of mine — let’s call him Ralph* — once told me about a musical experiment he was conducting with his girlfriend for a few months. “With” isn’t the right word, but if I said he was experimenting on her, you’d probably have a lot more questions. It’s not as bad as it sounds but it is pretty unusual. Basically, he played music during sex in the hopes that his girlfriend would eventually only think of sex whenever she heard one of the songs on his playlist. The idea comes from Russian scientist Ivan Pavlov’s conditioning experiment, in which he trained dogs to drool when they saw lab coats. The experiment was inhumane by all accounts, but it proved that you can have a learned behavioral response to an otherwise neutral stimulus.

Ralph’s experiment didn’t wind up working out, but he’s not the only person who enjoys listening to music during sex. He certainly isn’t the only person with a sex playlist, either. I mean, Khloé Kardashian’s sex playlist features John Mayer, and Ivanka Trump’s allegedly includes John Legend. There are no rules here, so don’t judge me for having Bruno Mars on mine.

Still not convinced you need a sex playlist? Maybe this video of Jenna Dewan dancing for Channing Tatum will change your mind.

Now that we’re on the same page, there’s a reason music and sex go so well together, and it actually has a lot to do with science. Neuropsychologist Dr. Rhonda Freeman says that music is likely to affect three regions of the brain — the reward or pleasure system, the social affiliation or bonding system, and the limbic system (which processes emotions).

When triggered, the reward system, for example, involves dopamine and endogenous opioids. Dr. Freeman explains, “Dopamine is a neurotransmitter linked with desire, wanting, craving, motivation, or anticipation of someone or something — in this instance, of our intimate partner. And endogenous opioids are the hedonic response, which includes pleasure and enjoyment.”

“Those systems not only allow the pleasurable experience of sex to be amplified with music, but they also allow music to deepen your connection with your partner while subduing negative emotions,” she explains, and that has a lot to do with oxytocin.

Here’s how else music affects your brain when you’re being intimate with your partner.

According to a study done by Sonos, the smart speaker system, 67 percent of couples that listen to music out loud together report having more sex than couples who don’t listen to music together. The reason is that when you listen to music out loud, your neurons (nerve cells that transmit information throughout the body) begin operating at the same rate as your partner’s, which releases oxytocin (the love hormone). Oxytocin is also responsible for feelings of trust so, naturally, things become more intimate between you and your partner when there’s music on in the bedroom. 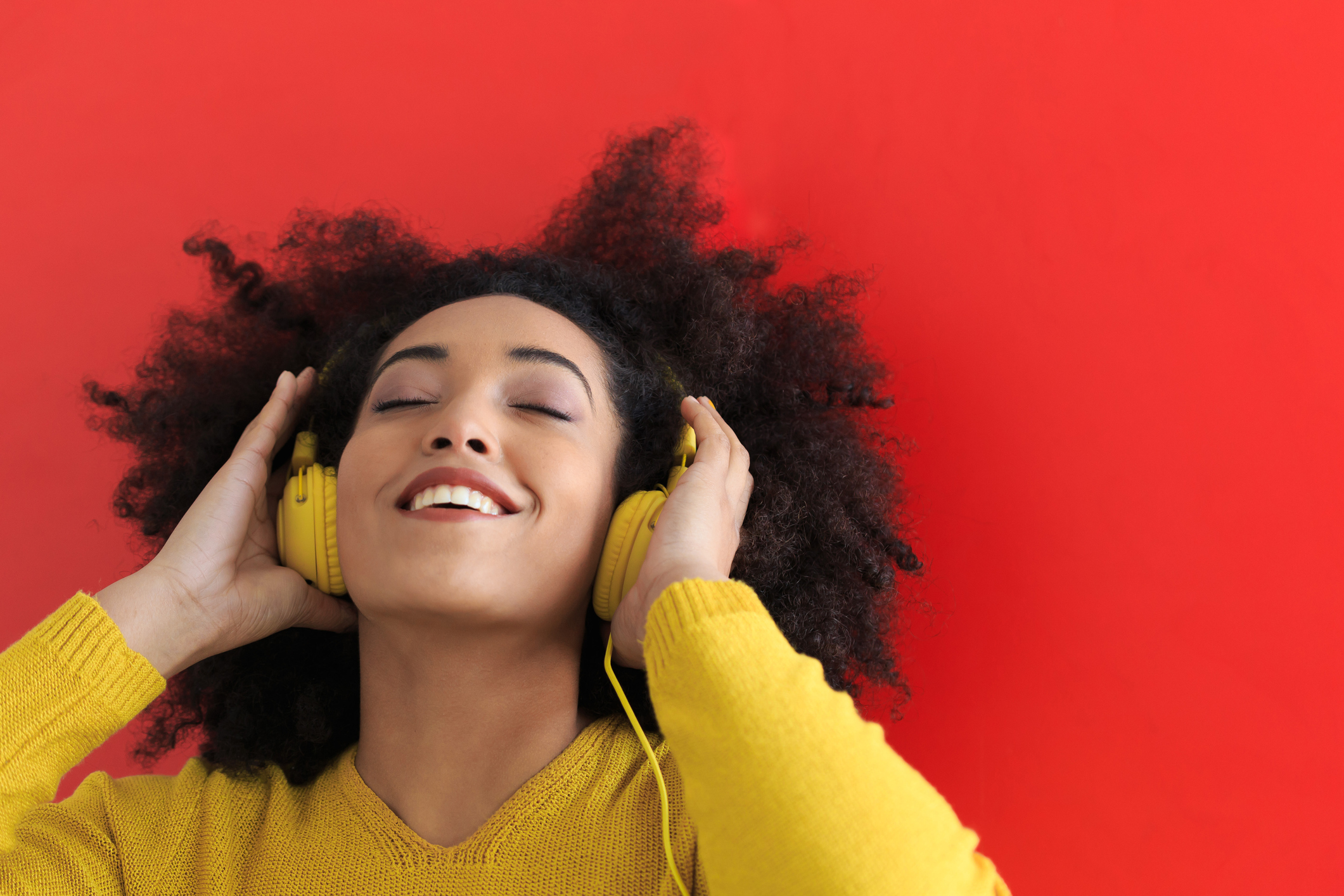 Music gives you all the feels.

Turns out, 18 percent of people also admit to dropping the L-bomb because of a song they heard. This number is even higher for people who claim to listen to music out loud on a regular basis. TBH, I’d be lying if I said I’ve never considered proposing to the first person I see when an Ed Sheeran song comes on. Unsurprisingly, there’s another chemical reaction going on when this happens. The combination of oxytocin (the love hormone) as a result of being with your partner and serotonin (the happiness hormone) as a result of listening to your favorite song means good vibes all around.

Music helps you get in the swing of things.

Literally. Neurochemistry aside, of the 30,000 households surveyed, 18 percent of couples say that music makes sex better. For them, the benefit of listening to music during sex is the rhythmic coordination it allows for. They explain that it provides the perfect soundtrack for getting busy, just like in the movies. It’s no surprise, then, that you can (and you should) craft a sex playlist inspired by your favorite celebrities.

It’s worth pointing out that 39 percent of people also say they enjoy listening to music more than having sex. Yikes! So, if you feel like something’s missing from your love life, it might just be a Grammy-nominated soundtrack… for sex, of course. I’d suggest getting started on your playlist ASAP. Have you ever heard “Ride” by Chase Rice?